Are you planning on moving any time soon? Whether you want to move to New York from somewhere in the country, or you simply want to try out a different neighborhood – JP Urban Moving Brooklyn is there to lend you a helping hand! Our movers East New York are some of the best in the business – so there’s no reason to do something like this on your own! Just give us a call, and we’ll make sure your relocation is one of the most pleasant experiences you’ll ever have!

Is moving a good decision?

Once in a while, all of us think about moving. There’s just something that’s part of human nature, something that wants to keep us moving. And it’s only normal if you think about it. No matter where you’re living right now – you’re bound to be bored by your surroundings sooner or later. Also, it’s not just about simply being fed up either – maybe there’s something that you don’t like, that’s pushing you to move away? Or, if you’re not living in New York already – perhaps the Big Apple is drawing you with its countless opportunities? Let’s face it – there’s no city on Earth that can provide you with everything that New York can. 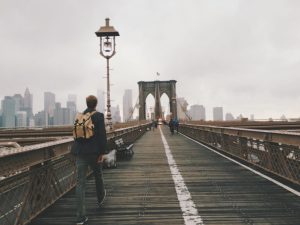 Or maybe you’ve had enough of your current noisy New York neighborhood, and you want to find another, more reasonable place. Let’s face it – with the competition for apartments in New York as feisty as ever, at one point or another we’ve all had to settle for something we weren’t satisfied with. Regardless of which one it is, in all of these cases – moving is definitely the solution! So why not contact some East New York moving companies, and move to a better area? JP Urban Moving Brooklyn is definitely eager to help you.

How to choose the right neighborhood

Of course, now the question is – how to choose the right neighborhood? How do you pinpoint what will fit you the best? Because before you start packing and call movers East New York, you should definitely explore all of your options. We know it’s an understatement – but New York is pretty large. By the time you’ve gone through all the possible areas, you’ll realize that some of them are as different as two neighboring countries. And we at JP Urban Moving Brooklyn want you to make a choice only once you have all the information. 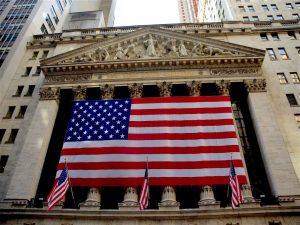 With that in mind – start thinking about your job first. Are you going to switch to a new job, or do you want to stay in your old one? In the latter case, you’ll need to figure out how you’ll get there every morning. So, find a place in an area that’s well-connected to your company. Of course, if you have a car, it’s a whole different story.

If East New York fits you in the ways that matter the most – then you’ll have a great time here! Because objectively, we’re talking about a pretty great area. Sure, it’s had its troubles with crime rates in the past – but past is the operative word here! In the past few decades, East New York has become one of the most up-and-coming neighborhoods in all of Brooklyn. And it’s also a bit more affordable than what’s usual for Brooklyn, both in terms of rent and real estate prices. So why not give it a chance? With the help of our team of movers East New York, you could be living here in no time at all! All you need to do is contact JP Urban Moving Brooklyn!

Which moving company should you hire?

Once you’ve settled on East New York as your definite choice, what’s next? Well, naturally – finding the best movers East New York to get you there! And if you ask us – no one will do a better job than our moving teams from JP Urban Moving Brooklyn! Sure, we may be a bit biased on this – but once you start browsing other companies, you’ll realize something; you can’t find this level of quality at such competitive prices anywhere else in New York. Quite simply, when you relocate with us, you’ll know what to expect:

Our movers East New York are masters of their craft

Once you start taking moving estimates and looking for movers East New York, you’ll realize one thing – you don’t want to leave your things with simply anybody. Really, a relocation is something that’s deeply personal in many ways; so you don’t want to put yourself and your household at any risk. That’s why you should consider hiring JP Urban Moving Brooklyn! Our moving teams go through enough training to guarantee that no-one bearing our name would ever act like an amateur. So whether you just need any moving services or just a few moving tips from the pros; you can call us! 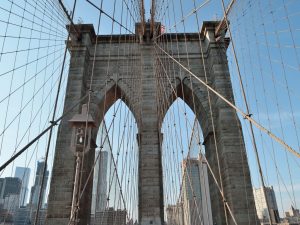 Let’s face it – relocation is very time-consuming. And it isn’t cheap either, once you get down to brass tax. So what you really want is someone who will perform it with efficiency – you don’t want this to drag out, trust us. And that’s where our movers East New York come in! Our experience in the relocation business has helped us perfect one of the most efficient moving processes in the entirety of New York!

We take our clients seriously

As a service provider, we realize how important it is to build relationships with our clients. Many moving companies make the mistake of treating their customers without care because they view them as a short-term gain. But not JP Urban Moving Brooklyn! We value our clients greatly, as well as the role we have in their lives. So if you want movers East New York that truly pay attention to your needs – contact us, and we’ll do everything else!

We are responsive to online estimate requests, during which process questions are answered timely. Once a job is booked, you decide what level of valuation is appropriate for the move, after which all building issues are addressed, including issuance of Certificates of Insurance (COIs), deadlines, elevator windows, floor protection requirements, etc. Finally, the move is put on our schedule.

Learn More About What To Expect